Applications of The Mazeway Project and Feedback from Students 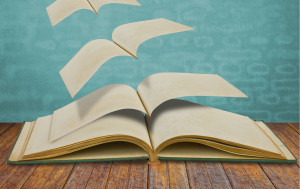 In year 2008 I had the good fortune of meeting with Professor Douglas Porpora, Ph.D. at Drexel University, who was head of the College of Arts and Sciences. He read my book, “Navigating The Mazeway,”and took the time to meet with me four times, during which he questioned me about my work. While I had no teaching experience, he was impressed enough to invite me to teach the courses as undergraduate electives. I ended up co-teaching the courses in the classroom and then online as an Adjunct Professor with Professor Wesley Shumar, head of the Dept. of Anthropology. He volunteered to teach with me when he learned that I was experiencing a hardship. It saddens me to mention it here that one of my daughters was dying, and I would miss some classes.

While I co-taught for five years, Professor Shuman continued until the courses had been taught at Drexel for eleven years. (When Drexel closed the Anthropology Department, Wesley was transferred to the Communications Department, where he was not able to teach the courses now but hopes to teach them again soon.)

By the way, my book was used as a text during several semesters of the Introduction to Philosophy course taught by Professor Frank Hoffman at West Chester University. Now retired, Professor Hoffman invited me to visit him through the HuaQiao Foundation in China to share the concepts of The Mazeway Project. While I did not travel to China, it was encouraging to be invited. Furthermore, in 2016, I was nominated for the Berggruen Philosophy Prize for my work on The Mazeway Project.

Elements of The Mazeway Project have gained traction in other institutions and among teachers and scholars as well. Parts of the Life Mapping and MetaVisioning courses have been modified to fit the philosophy course, Global Wisdom, taught by Jason Kunen at St. Andrew’s School, an independent boarding high school in Delaware. In the summer of 2019, Jason Kunen and I were invited to present an overview of The Mazeway Project at Temple University for the Study of U.S. Institutes for Scholars, a program sponsored by the U.S. State Department that invited professors from 18 foreign countries to discuss the subject of Religious Pluralism in the United States.

I am pleased to report that the feedback from students, who have experienced one, two, or three of the courses, has been very positive. Here are some examples of what they wrote:

Judith S. Miller, Adjunct Professor of Human Development at Columbia University, Teachers College and author of Direct Connection: Transformation of Consciousness wrote a review of my book saying, “What causes this book [Navigating The Mazeway] to stand out among the rest is that the author gently and creatively guides readers through ‘the Mazeway’ so that they actually discover their deepest and most authentic selves. With erudite scholarship, down-to-earth practicality, psychological sophistication, and a coherent moral compass, Mr. Parrotto guides seekers through the Mazeway so that they may reach their potential as human beings. Parrotto accomplishes in this ingenious book what our educational and societal institutions have not been able to. A visionary masterpiece that may be just what our civilization has been looking for.”

I was very pleased with the positive feedback from students, teachers, and professors, but it also struck me how much it resonated with them. What did these courses offer that their other classes did not? Why did they feel transformed and comment that other people should take the course? I suspect that the emphasis of the course on introspection, reflecting on the origin of one’s own foundational beliefs, and whether their own perspective had been sufficiently questioned, developed students’ self-awareness in a way that they understood themselves in a new light.

Linen Theme by The Theme Foundry